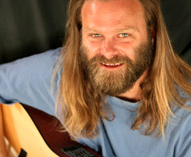 Adventurer John Sotter's "Wandering Acoustic Warrior Rock" has been enthralling audiences in twenty-four countries so far as he has wandered the world in search of songs and fun places to play them. With the release of his third studio album "Alone" in 2009, there seems to be no end in sight to his mystical musical journey. 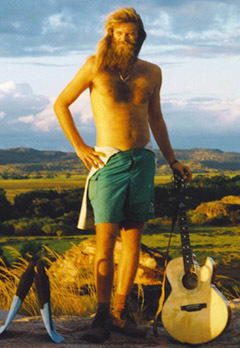 Sotter soon started playing music in tourist bars in Costa Rica, Fiji, and New Zealand for beer and dinner or a free room on the beach...which quickly turned into playing clubs and festivals for money. “It soon became clear that my music was the 'gold' I had been seeking in the twenty-four countries I’d wandered around...and perhaps I could continue my travels more indefinitely if I could earn some traveling funds by playing music in venues, bars and clubs wherever I went. I figured that maybe selling some CD's of my 'wandering acoustic warrior rock' music would help me get even further on down that golden road of adventure. So I’m recording some music back in the States and wandering around with my acoustic guitar meeting fascinating people and experiencing magical places and playing my music for people who wanna hear it." 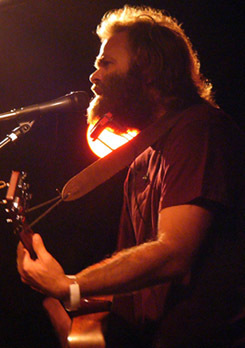 John Sotter's four albums of recorded music have been featured on late night television, numerous radio shows, in print and online, but playing live is what keeps the Acoustic Warrior happy. Lately, he has been sharing the stage with America, Melvin Seals and the Jerry Garcia Band, Little Feat, Eddie Money, Mother Hips, Dramarama, Great American Taxi, Tim Reynolds (Dave Matthews Band), Drew Emmitt (Leftover Salmon), The Samples, Subdudes, Rocco DeLuca, Blind Melon and tons of other international acts and rising stars....and headlining indoor and outdoor venues all over the planet.
"What’s an Acoustic Warrior? Well...I'm dauntlessly taking on the world armed only with an acoustic guitar..fighting against dull living, among other things...you know...over-population, environmental destruction, the spreading of bad vibes...all that stuff SOMEone’s gotta fight against!" 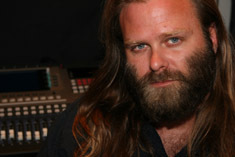 John records, mixes, masters and plays all the instruments on his recordings...alone...at his Wookie Wook Sound recording studios in San Clemente, CA.
"My live show," he explains,"is totally inspired by all those amazing places where my style of music was born and where I developed it...and it just gets me off in a good way when I can share my experiences through live music with great audiences...wherever I find them...it's just what I love to do with my time. I'm almost always learning, laughing and loving it when I'm out on the road. To me, to NOT take advantage of a world where this kind of fun and world travel is possible (with a ton of desire, hard work and creativity) would be a sin against the limited time we have here."

Click here to print a One-Sheet/Bio in pdf format 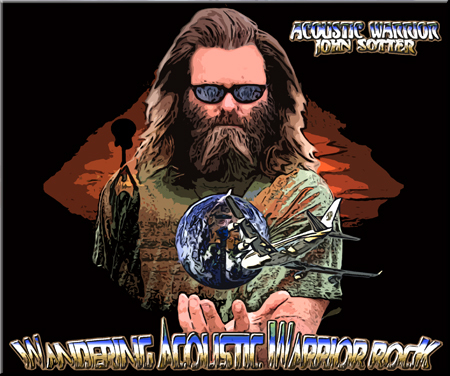